Below are a few examples of the sorts of machines you can build using sockets. This barely scratches the surface of what you can do with them, let alone what you will be able to do with them as more content is added to the mod. Keep in mind that blocks from several other mods are used in these examples, including some from Thermal Expansion, BuildCraft, IC^2, Forestry, as well as some of my own mods, AS#B and GasCraft.

Create portable energy storage blocks that work with both BuildCraft and IC^2 power:

Input or output energy, fluids, and items through a single face:

Blow up your friends with a landmine:

Harness the power of a river:

And if you don’t have a river, power your base using cows:

Engineer’s Toolbox provides the means to do all of that, and more, lots more. The mod is based around a single block called a socket, which can have a module installed on each of its six faces. There are over 50 modules to choose from and they cover everything from redstone logic gates to bouncing mobs around in the air (See the full list below). You can design and build your own machines to do many tasks that other mods would take several blocks (or even different mods) to accomplish, in a single, or at least very few blocks. This allows for much more compact, cleaner builds.

Each socket has three internal inventories and three internal tanks to store items, and fluids, respectively. There’s also an internal capacitor to store energy, three internal redstone circuits to pass redstone signals between sides, and three internal redstone latches to store a redstone signal. This might sound complicated but you can easily configure you modules to use whichever of them you need using a tool called the socket remote. Engineer’s toolbox doesn’t have any complicated GUIs that need configuring (in-fact, there are no GUIs whatsoever for the time being), everything can be done using the remote’s various modes, quickly and easily. All the various options are even colour coded (don’t worry, there’s a config option for our colour blind friends).

Sockets are compatible with BuildCraft facades. They also work with both BuildCraft’s MJs and Industrial Craft^2′s EUs, (1 MJ = 2.44 EU) so you can quite easily use sockets as power converters. Not only that, but when dismantled with a BuildCraft compatible wrench (one is included in the mod), sockets retain the contents of their tanks and inventories, as well as all their energy, so you can use sockets as portable energy storage devices, tanks, or whatever else you can think of.

The mod also adds a tool called a redstone wand which can be used to deploy short lived redstone emitting orbs into the world, which you can use to test out your contraptions. 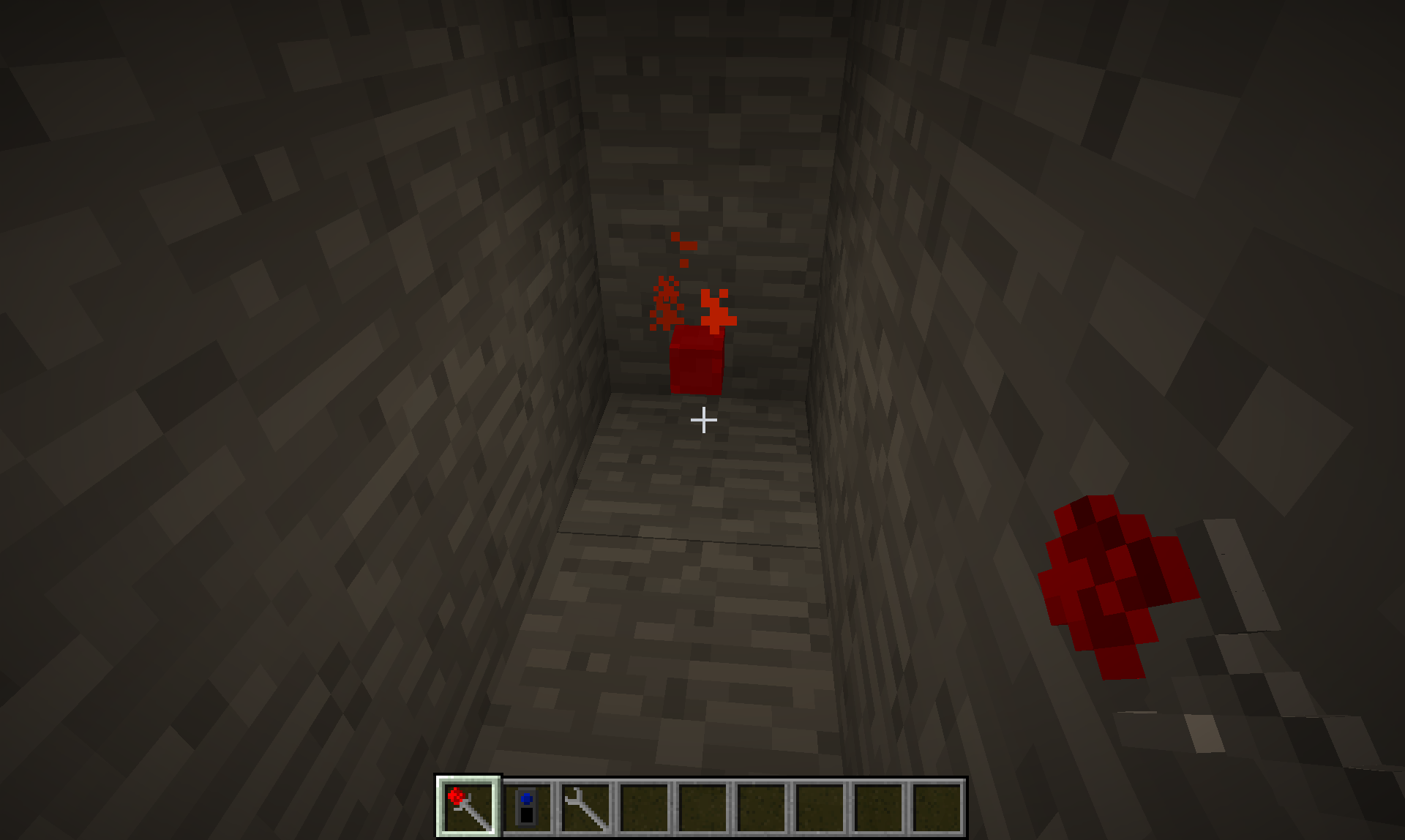 Here’s a full list of the modules you can currently craft:

How to install Engineer’s Toolbox Mod for Minecraft: