Help villages grow by trading with them and be rewarded with unique items such as Normand and Indian food or statues and tapestries to decorate your house with. And if they start liking you enough, they might even build you a house of your own. 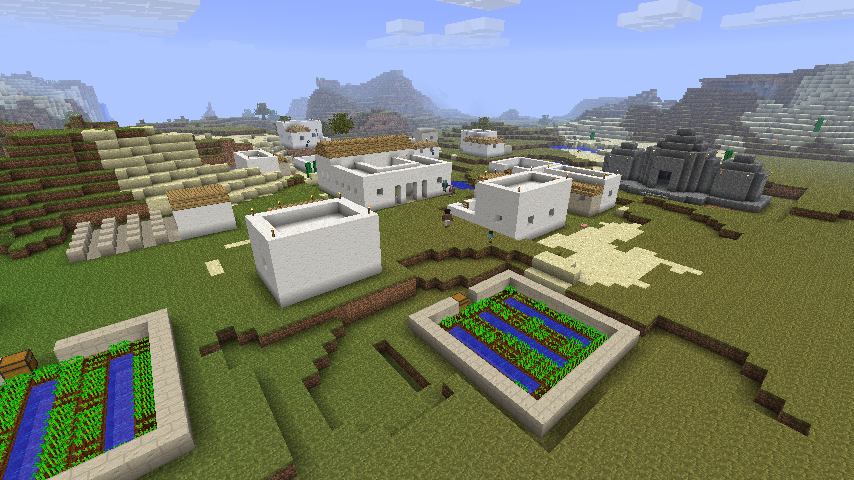 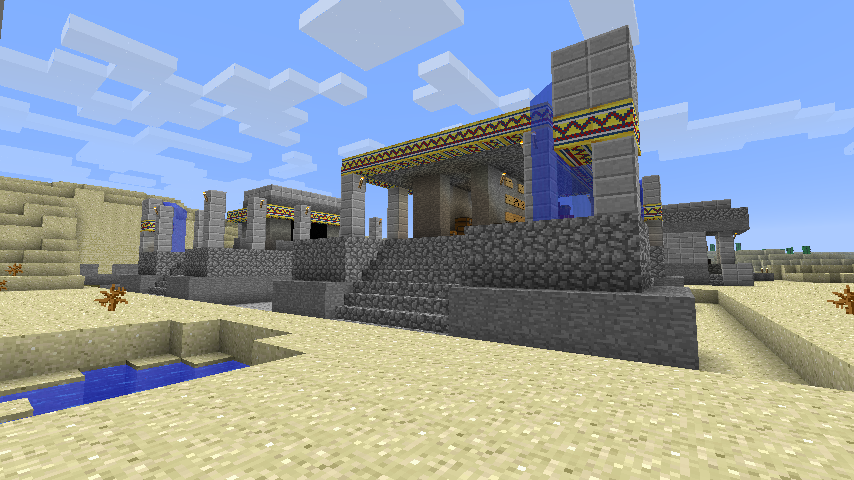 There are currently seven types of villagers:

Expansion of the village

The main “aim” of the villagers is to improve their village. There are six initial villagers, but their number will grow as they have children and build new houses. They can also build new types of buildings and improve existing ones. For this they need building materials: wood, cobblestone, glass and stone. The first they can get themselves, the rest only through trade with the player. A complete village currently includes a bakery, a tavern, a church, fountains, a presbytery, a guard tower and an (ugly) castle, plus custom buildings if advanced.

Advanced village, with almost all the default buildings as of 0.4.5 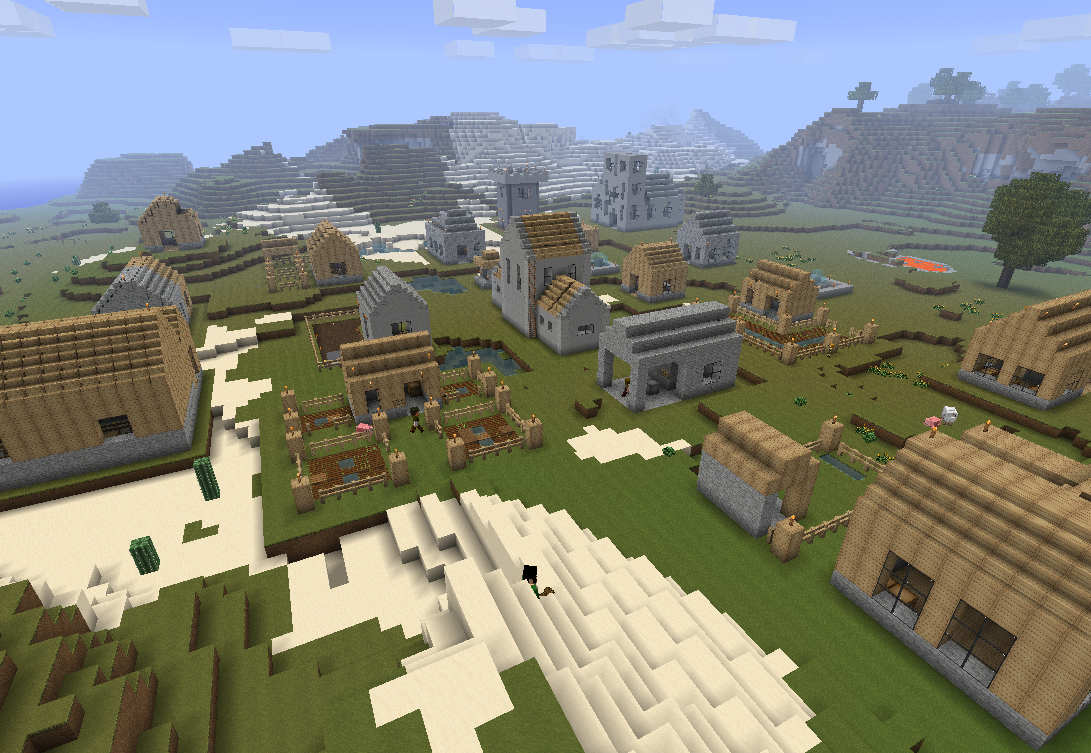 Inside a Hindu temple

Millénaire is a single-player mod for Minecraft. It aims to fill the “emptyness” of single-player worlds by adding NPC villages to it, with loose 11th-century Norman, North Indian and Mayans themes and additional cultures planned.

Villages are populated with men, women and children of various kinds, who perform tasks such as trading with the player, expending current buildings or improving existing ones, cultivating crops such as wheat in Norman villages and rice in Indian ones, crafting tools and powerful amulets, etc. As the village expends, the number of villagers increases as couples have children who grow up into new adults.

Trade with the player

There are three locations at which the player can trade with the villagers: their Town Hall, the bakery and the tavern (when built):

To trade, go to one of the locations in question and stand near the chests. If no woman is around one will arrive shortly. Right-click on her to bring up the trade screen.

Hold the left shift key while clicking on a trade good in the trade screen to trade 8 by 8 or the left control key to trade 64 by 64.

Since 0.1.4, the easiest way to find a village is to press the V key. If a village is nearby, it will display its name, the distance to it and the general direction. Most new worlds should have villages near the spawn point. If you can’t find one at all, check in the world with the seed b. If there are none there, there is an issue with the mod install.

With enough deniers, you can buy a “village wand” from the Town Hall of a village. When used on a obsidian block, it will attempt to generate a new village around the block. Warning: using a village wand is dangerous, as the village can end up being built on top of you, killing you if the ground level goes up. Don’t use it you can’t afford a respawn… 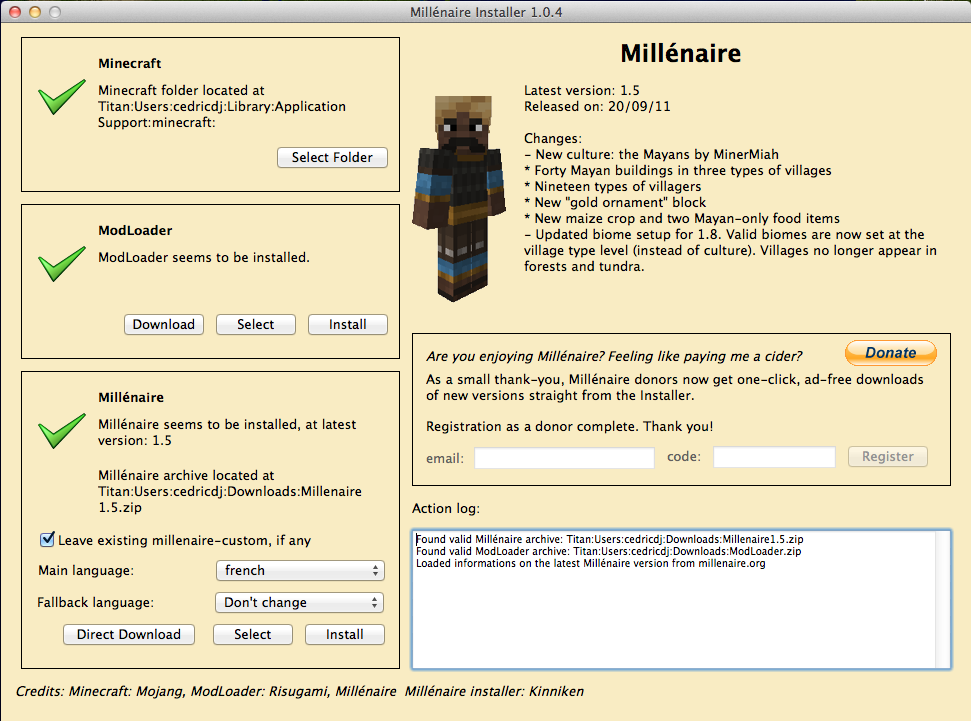