This wand does nothing, but looks pretty neat. It has the cheapest recipe.

Shoots a magical torch (called a Mage Light) into place, letting you light up distant areas.

Summons 9 wisps, which seek out darkness and place Mage Lights. A couple uses of this wand will safely illuminate your precious village and thus prevent monsters from spawning.

This wand grows plants like bonemeal. It can also grow plants that don’t normally respond to bonemeal and makes moss grow on cobblestone. 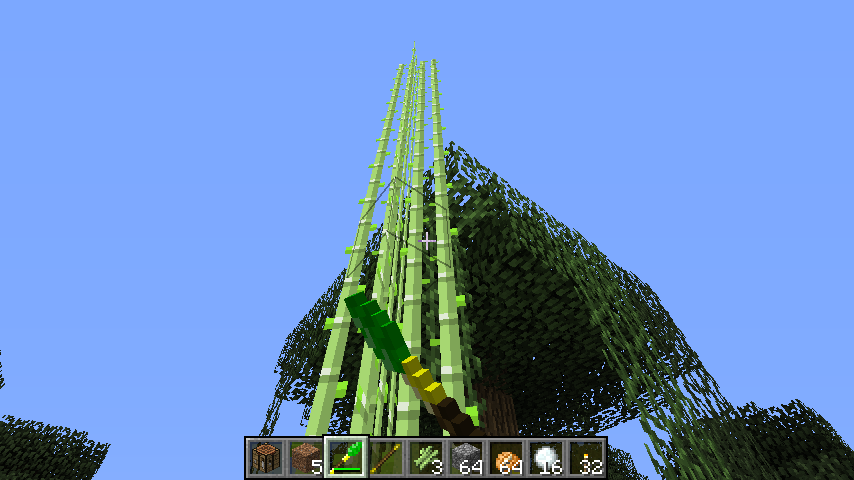 Harvests crops and plants in a large area. Good for collecting apples from trees.

Instantly mines any stone that a stone pick-axe can break when you right-click. Does not work on wood or other non-mining materials.

When used on the top of a cliff, this wand summons a cobblestone bridge up to 32 blocks long.

Summons vines up and down a wall so you can easily climb up/down.

Instantly turns water into ice (and lava into cobblestone). Great for making bridges over rivers. 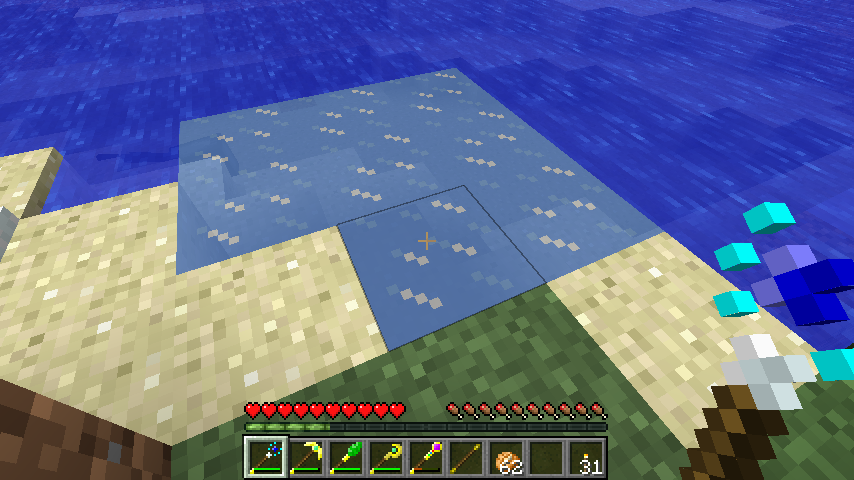 This devious wand turns common blocks, such as dirt or grass or stone, into illusory versions that look real, but you can walk (or fall) right through them as if they were air. 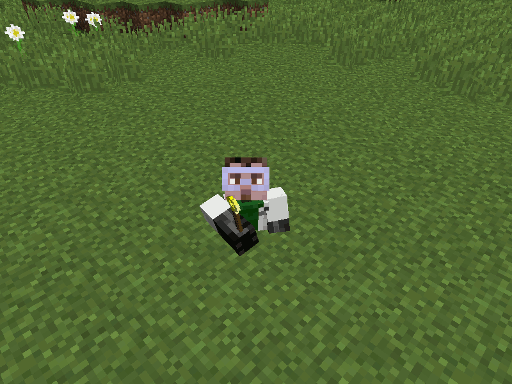 Here you can see what happens if you turn the grass into illusory grass. Thankfully, the dirt underneath is real. Imagine what would happen if you covered a pit trap with illusory grass.

This wand teleports you to where-ever you happen to be looking when you release the wand. Unlike using an ender pearl, you do not suffer damage from teleporting. Be careful when trying to teleport up tall cliffs. 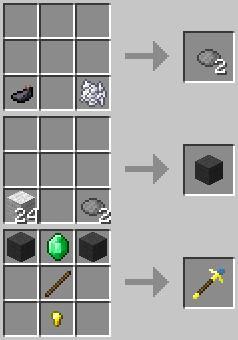 This theatrical wand causes lightning to strike the ground around you. You have no control over where the lightning lands, so be careful.

Does exactly what you think it does.

Shoots lightning at your foes like a Sith Emperor. The max range is 16 blocks and any creepers you hit will be turbocharged. 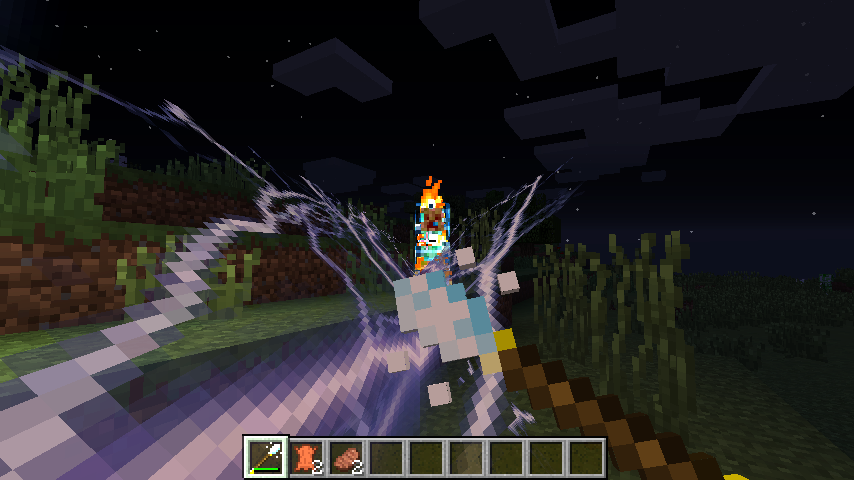 This is a deadly wand that summons and launches wither skulls. A direct hit will kill a creeper in one shot.

Wand Repair
Wands can be repaired on an anvil with gold ingots. The more powerful wands require more XP levels to repair.

The tophat is purely decorative, having no function what-so-ever. However, it looks really good with black wizard robes.

The Witch’s Hat and Wizard’s Hat both have the same functionality. When you put one on while under the influence of a potion, one of the potion’s effects (chosen randomly) will be permanently stored in the hat. Putting the hat on will then apply that potion effect and keep that effect on you for as long as you wear the hat.

Wizard robes gain better enchantments from an enchanting table than most armors, roughly equivalent in its enchantability to gold armor. Though it offers almost no protection, wizard robes last as long as iron armor (high durability)

Robes can be repaired on an anvil using string.

Robes can be dyed all of the same colors as wool. Simply put the robe in a crafting table with some dye. Note that this will remove any enchantments from the robes, so dye your robes before you enchant them.

Wonderful Wands mod adds a magical flair to your Minecraft game without breaking it. The wands are balanced around mid to late game, requiring lots of emeralds and gold. The most powerful wand, the Wand of Death, requires Wither Skulls to craft, making it a serious investment for a dedicated mob slayer. This mod also adds Wizard Robes and the Wizard’s (and Witch’s) Hat. The Wizard Robes can be dyed any color and they combine the enchantability of gold armor with the durability of iron armor (but provide less defense than leather armor). The Witch’s/Wizard’s hat can absorb potion effects, making them permanent so long as you wear the hat.