Minecraft is known for some of the mobs that lurk at night, haunting your dreams and destroying your hard work.  However, after you get used to these creatures you might long for more variety, more weapons and more passive mobs.  This mod adds that and more to your game.  Goblins and Giants Mod adds a plethora of new mobs to your Minecraft gaming experience.  Some of the mobs include Vampires (who burn in the daytime), Dwarves who spawn inside villages, Werewolves (much like Mo’ Creatures), Pigmen (creepy looking upright pigs), Goblins and Giants!  Some of the cool new drops include blood, giant bones, spear tips and with these you can craft spears, redstone and more!  Imagine, goblins, vampires and giants roaming freely in your Minecraft world, adding a whole new level of interesting and perhaps mysterious adventures to your game.

Looking for a handful of cool new creatures for your game?  How about some more loot and easier ways to get redstone?  Check this mod out! 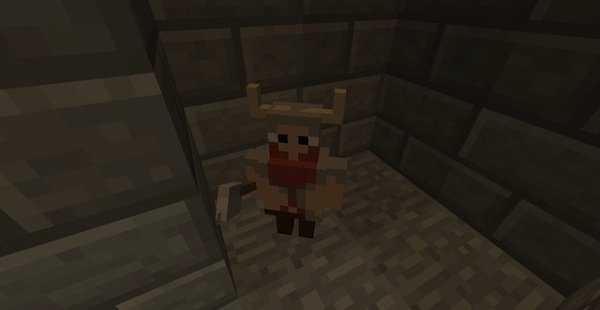 How to Install Goblins and Giants Mod for Minecraft 1.4.2