So you think your safe! Walking about enjoying the day punching some wood. Preparing for the night, and then suddenly you’re attacked! By the most hostile most feared mob to even hit Minecraft. Herobrine! Of course we are talking about the herobrine mod which is now available for Minecraft 1.3.2 In this new update of the mod you can see new features such as nightmares! And custom music discs. The mod also includes bug updates from older versions.

The forum is currently running a contest for the best trap to catch herobrine and save the world! The mod developer claims that he got the idea for this mod in his dreams from notch himself! In my opinion it’s a nice simple mod which fits in with the game, you now have a hostile mob that attacks you during the day, I say why not make Minecraft that little bit more challenging. But watch your back; herobrine can kill you with two hits (without armour) 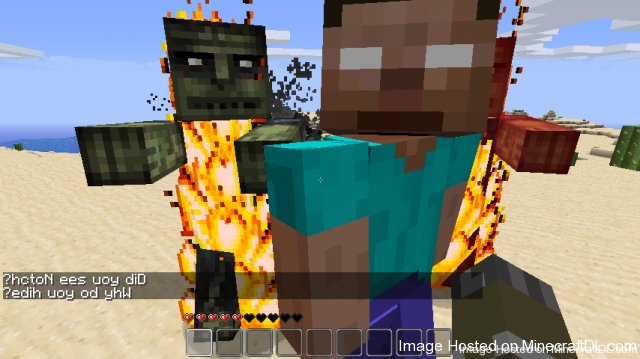 How to Install With EasyModInstaller for Minecraft 1.3.2