The world of Minecraft is huge. Just as it’s huge, there are so many mobs of different kinds that thrive in it. However, nobody in the world of Minecraft has the ability of talking. Sometimes, one might feel lonely roaming around the world because there is no one to share the thoughts with. It’s like the entire world is deaf. Think how much better it would be if mobs actually talked! Well, the dream will come true with the Mob-Talker Mod Version 10.1!

Just as you can see from the video, this mod will enable mobs to talk. You can walk around and stand infront of a mob to talk to it. The interesting part is that you can become friends with the mobs you talk to. So, if you are interested in making mob friend, talk nicely with manner. The mob will reply to your words with changing facial expressions! Also, when you start a conversation with a mob, the mob will become a character from a Japanese cartoon, so if you are a fan of Japanese styled cartoon, you are going to love it! 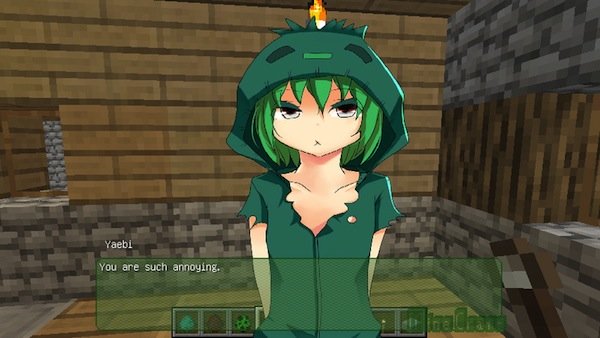 Now, the above item is the most important thing you need with this mod. In order to start a conversation with any mob, you’ll need this item and you have to hold it out infront of the mob.

If you are interested in changing the script or knowging more information, check this link

How to install Mob-Talker Mod for Minecraft 1.3.2