We get hungry everyday and we eat to fill up our hunger. It’s about survival. But, even if we eat to survive, eating the same meal over and over again will definitely make a person lose his or her appetite. The problem is, this is about to happen in the world of Minecraft. Hunger is decreasing time to time, so players look for foods they can eat to refill that hunger level, but it’s always the same food they find and it’s kind of boring. Now, let’s make a change to that. The UsefulFood Mod will make things whole lot better.

The UsefulFood Mod is a mod that will introduce about 33 new items to the world of Minecraft, which are all edible. It adds all different kinds of foods. There are mob-looted foods, furnace-made foods, and workbench-produced foods. They will look so much new. The mod does not end there. Some of the foods will even give temporary special abilities. How cool is that? 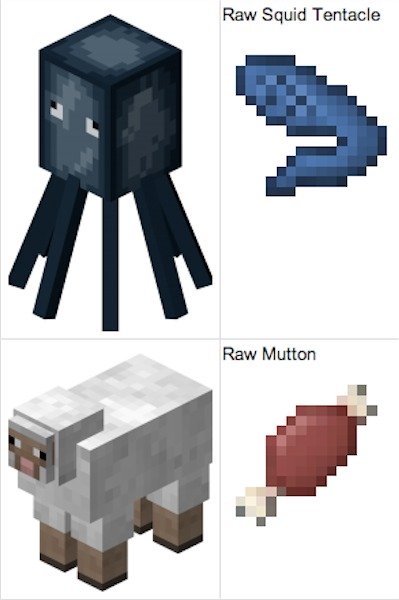 The UsefulFood Mod will really give variety to choosing the food you want to eat. Some of the foods will more effectively refill the hunger level. The newly added foods will also add more fun to the game with the special abilities they will temporarily give to players. In overall, the mod should definitely make the game more interesting.

This mod only adds new edible items to the game. Nothing more. If you feel enough and satisfied with the foods that are already available in the world of Minecraft, this mod will be another ordinary mod for you.

Check https://usefulfood.wikispaces.com/ out for all the recipes and the description about the foods.

How to install UsefulFood Mod for Minecraft 1.4.2