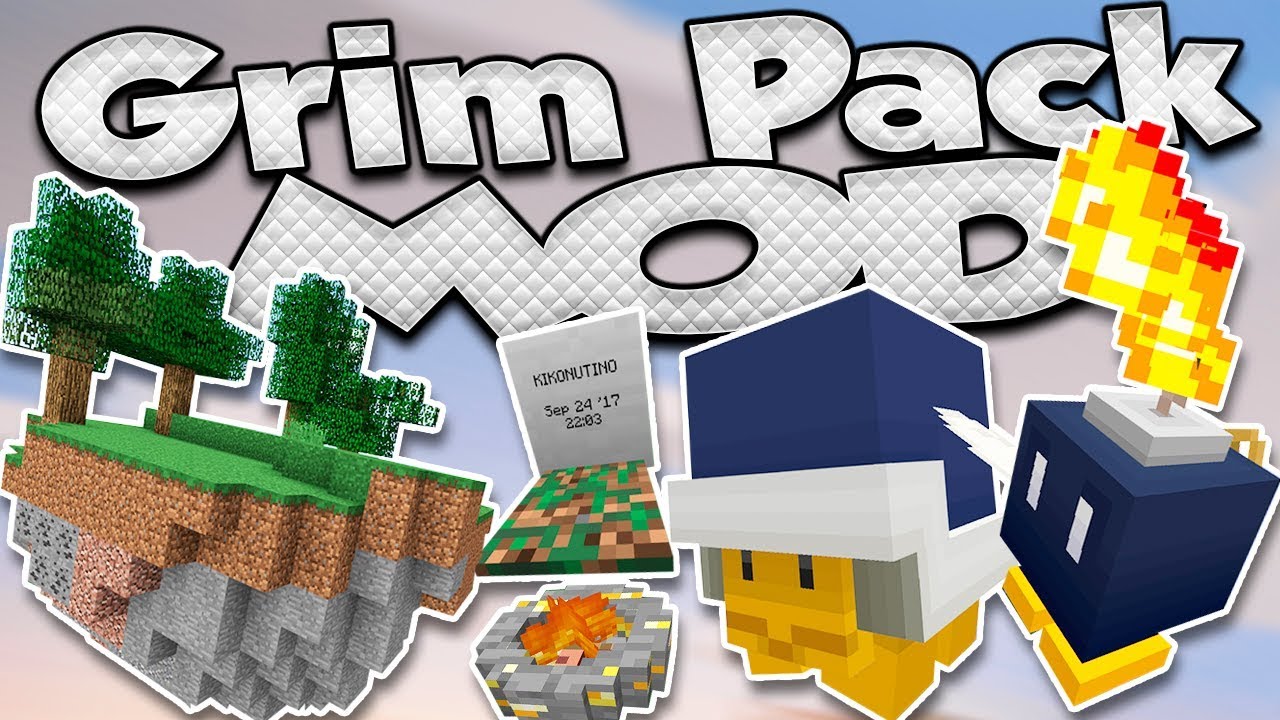 Grim Core: The core part includes the Instruction Manual which provides info about blocks, items, and more in game. The core part also includes common blocks and items that are and can be used through out the Grim Pack.

Grim Decor: Adds in many different decorative items and blocks to spice up your Minecraft world. Did you need more options to decorate your house or other buildings with. This gives you that ability. This adds furniture like chairs, tables, and stools, to a more expanded range of fences to choose from. Many types of fireplaces calendars and more for you to find out. Many of the blocks added allow for an almost unlimited range using many of the blocks around you.

Grim Tools: Adds a bunch of weapons and useful tools.

Grim Util: Adds in a bunch of utilities to enhance your Minecraft.

Grim World: Adds in world generation and entities and some awesome fungus! 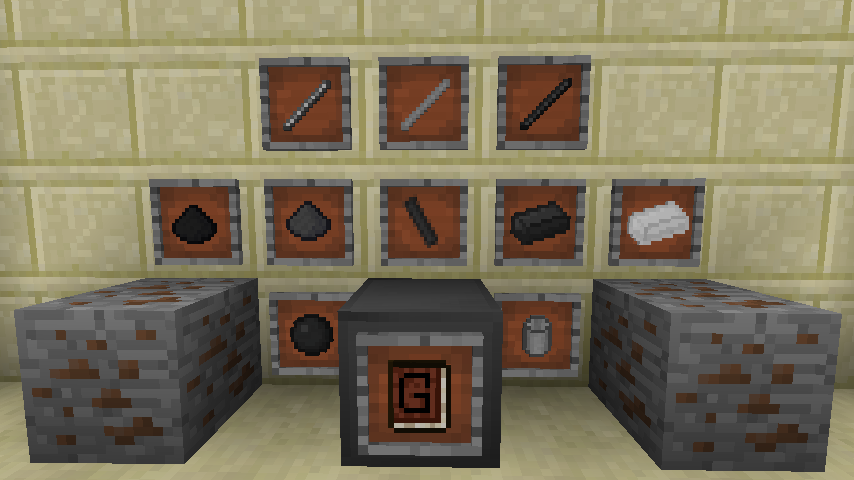 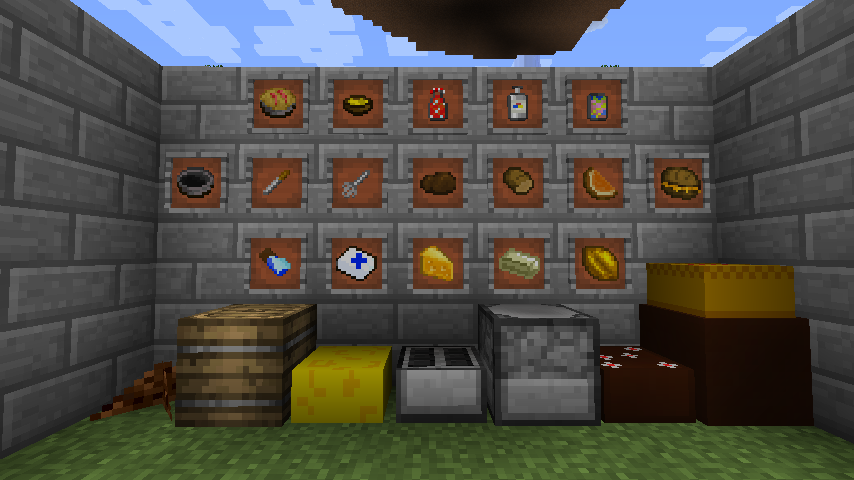 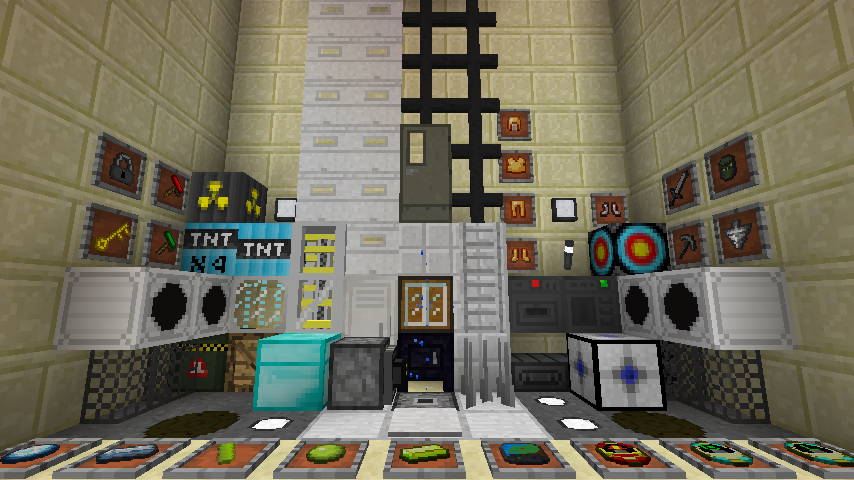 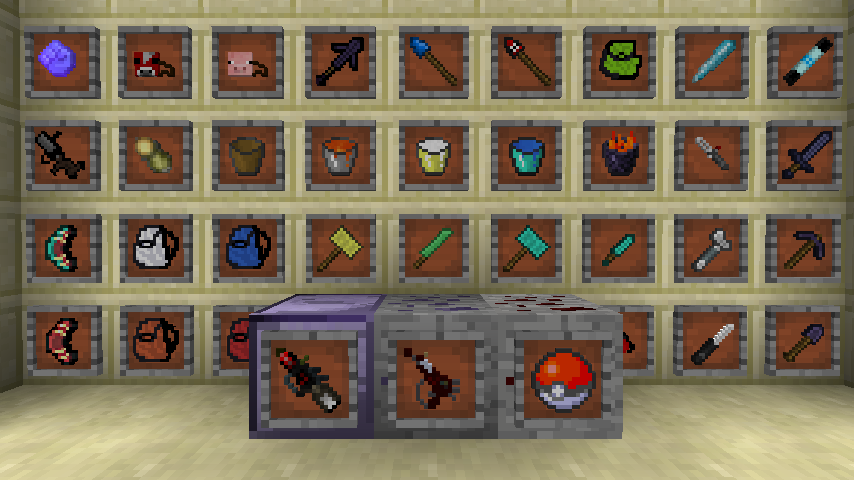 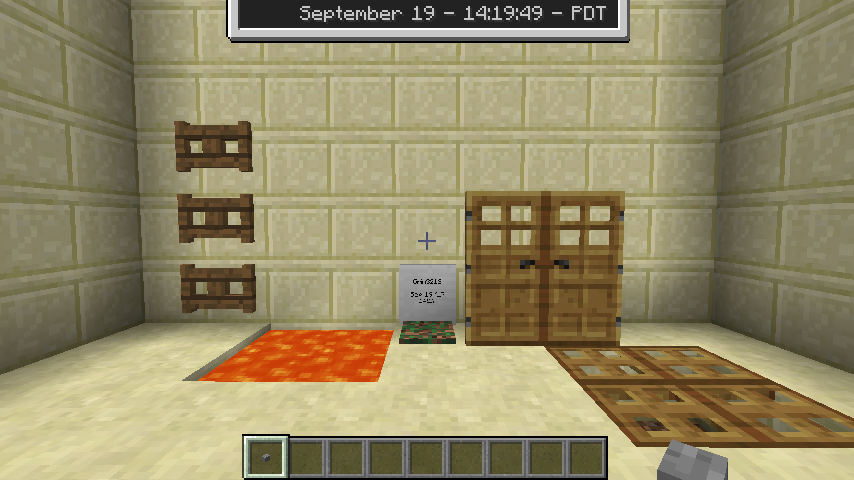 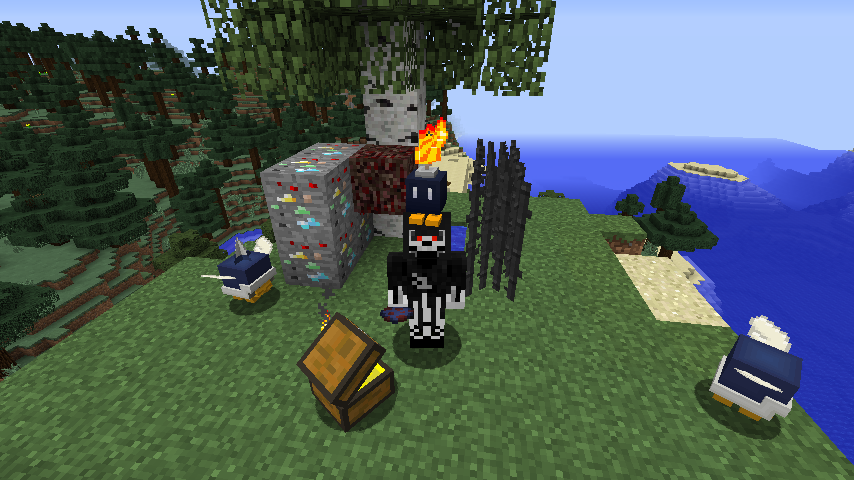 Crafting recipes in GrimPack will come in two variants. Shaped or Shapeless and this depends on the type of recipe. So, if it requires a certain pattern then ‘Crafting Shaped’ will appear under. If it can be put in any order then ‘Crafting Shapeless. will appear under.
Crafting recipes also can contain ore dictionary items. If an input for a recipe accepts an oreDict entry there will be a GOLD glow around it and if you hover over the item the oreName will appear at the bottom of the tooltip.

Furnace recipes will only contain an input and output. Place the item specified in the left side and you will get the item on the right side. 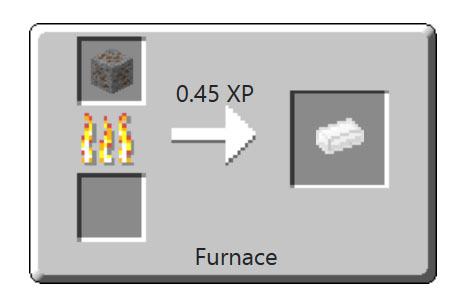 There are also a few other recipes that are available right now but these are only for Machines. These follow the same rules as the furnace for getting the output. But some can contain oreNames just like with Crafting Recipes so look for the GOLD glow around an input and hover over it to see the oreName. 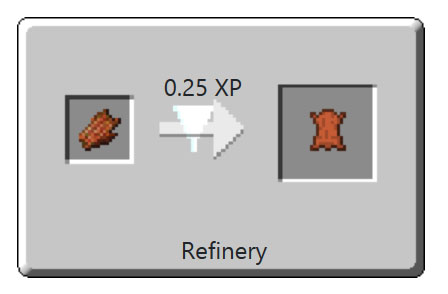