Better PvP “Fair-Play” Mod adds a whole bunch of useful features to Minecraft that can be used either for PVP or for survival/hardcore. The mod adds a fully customizable GUI interface system which consists of various, also customizable, interfaces such as a minimap, armour status, potion status etc. It also adds a lot of useful keybinds that can make your game even more convenient. 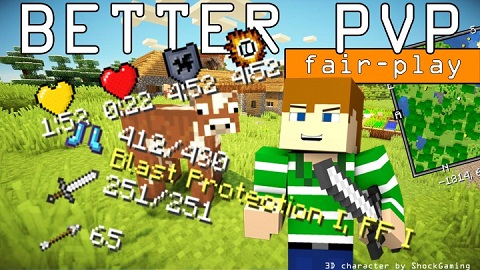