This mob pack focuses on the Nether and will add 7 Doom (by ID Software) inspired mobs: 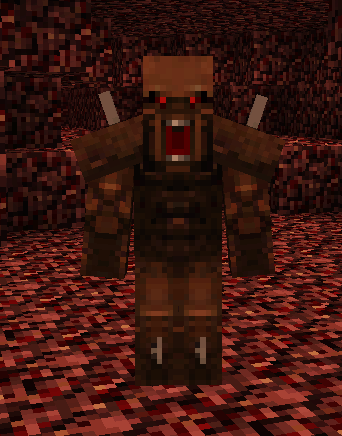 Small demonic underlings that throw balls of fire. The Belph are relatively weak but should be feared in groups. Their armpits tend to be covered in Nether Warts too! 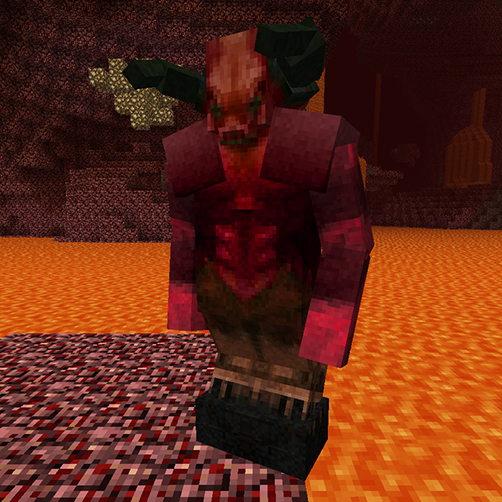 Large demonic beings that throw balls of Hellfire at their target. Behemoth are rare spawns in the Nether, they are fairly durable, the best way to escape them is to hide somewhere with a low ceiling as they are more than 2 blocks tall.
Hellfire acts like regular fire but burns for longer and glows with a demonic green flame. Behemoth drop Hellfire Charges which can be used to light Hellfire on blocks much like a Fire Charge. They can also be used in a dispenser. 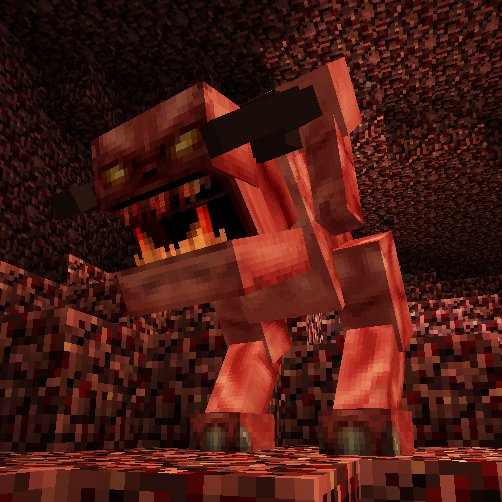 Relentless demons with an endless hunger for flesh (including Zombie Pigmen and specially farm animals)! Pinky Demons are fast, tough and ferocious, they are however vulnerable to fire unlike most Nether dwelling creatures.
Pinkies don’t despawn and can be farmed, this is very tricky and dangerous to do though, Cows/Pigs/Sheep on leashes are a good way to lure them safely(ish). Pinkies can be bred by feeding them live Cows, Pigs or Sheep.
Pinkies drop Raw Pinky Meat (or Cooked if on fire). Eating raw Pinky Meat restores a lot of hunger but also has a high chance of causing a long wither effect. Cooked Pinky Meat not only restores a lot of hunger (more than chicken and less than beef) but it also grants a strength boost. 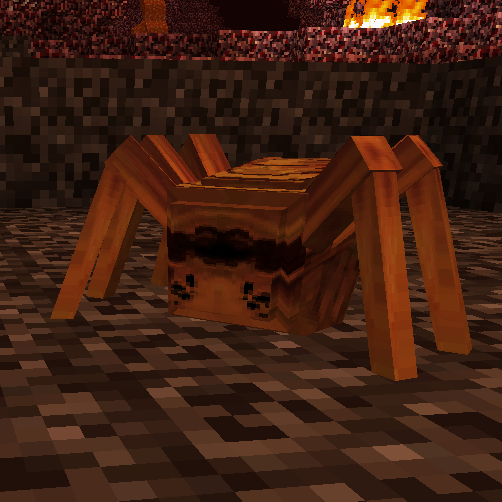 Vicious tiny insect-like demons, with a single bite they infect their victim with a demonic toxic that induces the wither effect. Expect to see these creatures in large numbers. Trites are fairly weak but are fast and small with the ability to climb walls… Leave not a single crack in your walls unplugged or they will get in and they will get you!
Trites drop string and spider eyes. 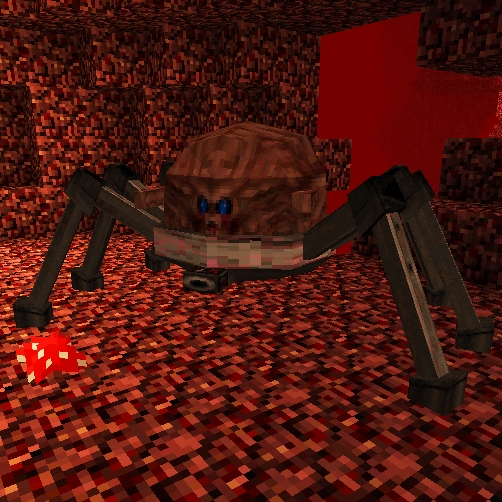 Demonic brains mounted onto bio-mechanical legs with a deadly weapon. These demons are merciless and will rapidly fire a stream of Devil Star projectiles. Iron and Redstone can be salvaged from their corpses but watch out because there is a nest of Trites waiting to swarm anyone who dares to kill their mastermind. It is theorized that the Trites work together to mount these demonic brains and maintain them creating a collective intelligence, much like ants only far more sinister.

This mob pack focuses on the Nether and at the moment adds 5 Doom inspired mods, all mobs spawn in the Nether. This mod is in a very early stage of development, so far it only adds Demon Mobs, much more will come with new updates.

How to install Lycanite’s Mobs Mod for Minecraft: