In the delevelopement of minecraft, after the first few updates, when the survival feature had been introduced which in turn sparked an unstoppable flare that made players lining up for more. Killing zombies and skeletons was just not enough. Soon enough the nether and end were designed and put into action. Even so, Both dimensions were easy enough to explore. The nether made itself out to be an extremely hostile environment in which players would almost certainly be killed. However, the Nether turned out to be quite a huge let-down in some peoples eyes. The dangers of the nether could be easily avoided by simply chosing the right route, or walking around hostile areas. The end’ dangers could also be easily avoided by simply staying clear of the edges of the terrain and not looking at endermen. Really a no-brainer.

Even now, players are still awaiting another place to explore, something else to find. Something more dangerous yet interesting. With the; Bloodracken dimension mod you are granted the ability to craft a Bloodracken portal frame and then enter the new, dangerously beautiful world, mine new blocks, explore new terrain features. To enter the Bloodracken dimension you will need to build the portal frame. You build the portal exactly the same as you would a nether portal, however, instead of using obsidian you will need to craft a new block type that this mod also introduces; the redstone block. To craft a redstone block you will obviously need some redstone and once this material has been collected simply find a crafting table and fill all the crafting slots with redstone. Giving you redstone block(s).

This mod also introduces a unique variety of blocks and recipes that you can use to your advantage  Once in the Bloodracken dimension you may come across a “rare XP flower”, once harvested place it into a crafting table and you will be given a Bottle’o enchanting. Normally this item would not be able to crafting without this mod making it almost useless to a player unless he was using creative mode. Along side this feature, the mod also introduces new mobs, ores and tools to improve survival gameplay not only in the new dimension but also in the overworld. 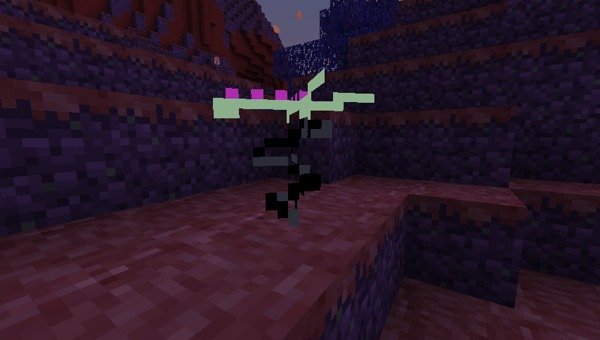 How to install Bloodracken Dimension for Minecraft 1.3.2