Do you want some thrills and spills in Minecraft? Do you want to be stuck to the edge of your seat? Do fear what lurks beneath and above the world of Minecraft? Well this mod could be for you, the MO’NIGHTMARE MOD is just in time for Halloween, and that’s why I think it is perfect to download now!

This mod adds several new frightening mobs to the game, which could scare the pants of anyone! A brand new game mod known as ‘Nightmare’ is also a new addition. With this mode enabled, the difficulty is sufficiently increased and mobs can destroy walls that are built from dirt and sand… Jeepers Creepers! (No changelogs are public) 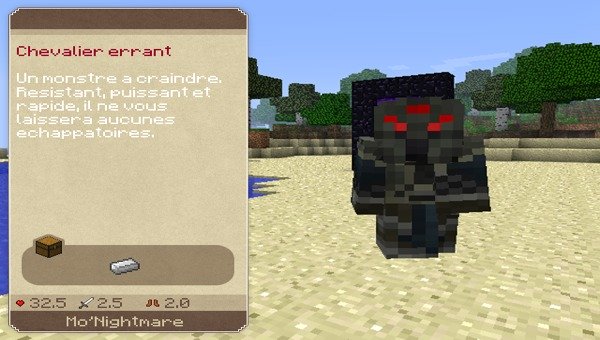 Main Features and Key Aspects of Mo’Nightmare Mod for Minecraft 1.3.2

Find the recipe in the screenshot section.

How to Install Mo’Nightmare Mod for Minecraft 1.3.2